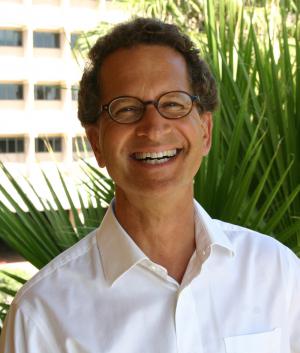 David Lea is Professor in the Department of Earth Science, Affiliate Faculty in the Bren School of Environmental Science and Management, and a member of the Marine Science Institute at the University of California, Santa Barbara, where he has been a faculty member since 1989. He received his B.S. in Geology from Haverford College (PA) in 1984 and his Ph.D. in Oceanography from the Massachusetts Institute of Technology – Woods Hole Oceanographic Institution Joint Program in 1990 (Thesis Supervisor Prof. Ed Boyle, MIT - member NAS). His research interests include global climate change, past, present and future, marine geochemistry/carbon cycle, and pathways to carbon neutrality. He has published over 100 scholarly papers on these topics, including 18 in the high profile journals Science and Nature. Lea has been a Visiting Professor at the University of Chicago and University of Cambridge, UK. His awards include the UCSB Academic Senate Distinguished Teaching Award (2001), a John Simon Guggenheim Fellowship (2002-03), a Leverhulme Visiting Professorship, a Clare Hall Visiting Fellowship (both 2002-03, Cambridge, UK), the American Geophysical Union (AGU) Emiliani Lectureship (2007) -- awarded to "individuals who have made outstanding scientific contributions to our understanding of past oceans and climates" --, a Leopold Leadership Fellowship (2009), a Jefferson Science Fellowship (2010), and a Google Science Communication Fellowship (2011). Lea was elected a Fellow of the American Association for the Advancement of Science (AAAS) in 2012, of the AGU in 2013, of Fondation IMéRA (Marseille, France) in 2015, and of the Breakthrough Institute (Oakland, CA) in 2016. In 2010-2011, as a Jefferson Science Fellow, Lea served as science advisor in the U.S. Department of State to the Honorable Todd Stern, President Obama’s Special Envoy on Climate Change (SECC) and chief U.S. negotiator of the Paris Agreement, and to the Office of Global Change (EGC). In Feb. 2018, UC President Janet Napolitano appointed Lea a member of the University of California Global Climate Leadership Council (GCLC), which advises the UC system on its Carbon Neutrality Initiative. In Sep. 2018, UCSB Chancellor Henry Yang appointed Lea faculty co-Chair of the Chancellor's Sustainability Committee. Lea is currently serving as a UCSB Principle Investigator on a Carbon Neutrality Study for CalEPA: Managing the Decline in Transportation Fossil Fuel Supply.

David Lea's research interests include the geological record of climate change and its causes/consequnces, marine geochemistry and the carbon cycle, present-day global climate change, and pathways to carbon neutrality.

To facilitate California's goal of achieving carbon neutrality in 2045, CalEPA is funding two coordinated studies to identify pathways to reduce the demand for and supply of fossil fuels for transportation. The ultimate objective is to dramatically reduce emissions across California’s transportation sector, which, when including fossil fuel extraction and refining, accounts for half of the states' greenhouse gas emissions. I am a principal investigator on UCSB's study, which will focus on a strategic and responsible decline in transportation-related fossil fuel supply, as well as an increase in potential GHG sinks, that maximizes equity, health and environmental benefits while minimizing labor and affordability disruptions.

Google Scholar contains links to all of my publications and, in most cases, the PDFs.

This course examines the science of climate change with a focus on those issues most relevant to policy makers. Professor Lea will draw on his experience serving as science advisor to the Special Envoy on Climate Change in the U.S. Department of State. Topics include: Climate Forcing Agents and their Efficacy; Climate Sensitivity and Feedbacks; Anthropogenic Climate Change; Extreme Events; Energy and Greenhouse Gas Emissions; Global Temperature Limits and Mitigation Scenarios; and Geoengineering. Discussion will focus on topical issues at the nexus of climate policy and science, such as mitigation of short-lived climate pollutants like black carbon.